We survived Prom! And my son had a great time too! 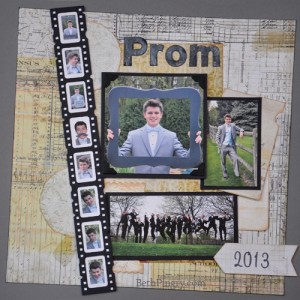 Of course, he’s used to having a camera in his face…and he did not disappoint! Of my 2 boys, this one, JJ, is my comedian, my clown, and just plain old silly to be around, can you tell?

For this layout, I used a film strip to show off several of the outtakes from the gazillion photos I took. I used the E-Z Dots® Permanent Refill to adhere the little pictures to the back side, without having to worry about adhesive showing through. E-Z Dots® Permanent are clear and perfect for intricate die cuts! 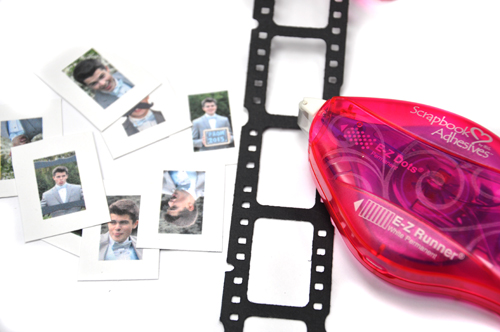 You’ll notice that I placed the refill for E-Z Dots Permanent inside the shell for the E-Z Runner® Refillable, and can switch out the refills at any time, without having to use up an entire runner! And you can see through to see exactly which refill is inside the shell! 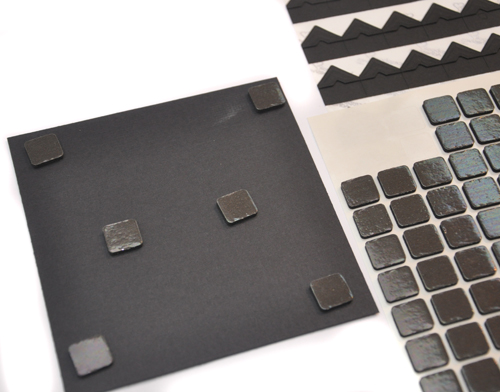 I added some dimension to the page, using the regular thickness of 3D Foam Squares on the main photo, and Thin 3DFoam Squares on the filmstrip die cut. Photo Corners added to the focal point on the main photo. (Just in case you were wondering, I bought the frame he’s holding at Hobby Lobby, and also took that to the group photo session, and have some great shots with it!)

I’m not a fan of skewed photos, but I felt like this layout could use some angles, especially with the linear paper…which is from a fairly feminine line, Pink Paislee’s Hope Chest. I used my trimmer to make line up the photos to be sure they were actually straight.

I tucked some Pink Paislee die cuts and and journaling cards around the photos to break up the lines. Those were inked along the edges with brown ink.

Thanks for coming by!