Hey, it’s Amy and I’m here to share a card with a bit of texture:

I’ve haven’t used modeling paste with a stencil in awhile so I decided to feature that on my card for today.  I first started with a quickly watercolored panel.  It has been trimmed to an A2 card size.

I mixed up some modeling paste and combined it with Pigment Powder Blue.  I added enough of the powder to get the shade of blue that I wanted for my card.

I placed my stencil on top of the watercolored panel and frosted the paste on top of it. 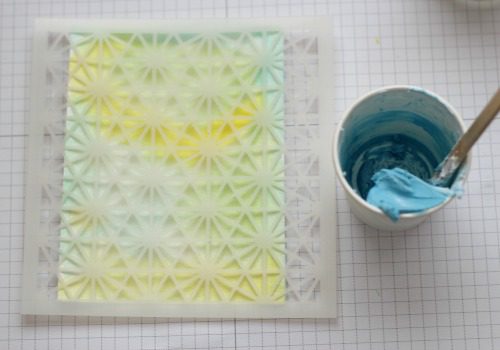 Here’s what it looked like after I was finished: 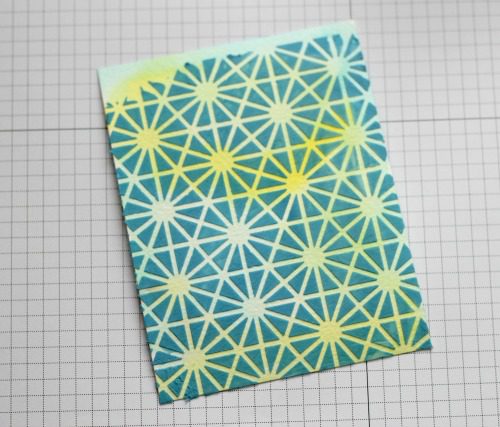 I set it aside to dry while I finished up the rest of my card.  I love using premade embellishments on my projects.  What I like to do is use more 3D Foam Squares White, Regular to even out the layers.  The arrow is pointing to the area that came with adhesive, I added the additional foam squares.

All the panels were adhered using the E-Z Runner® Grand Dispenser!

I love the contrast in colors and all of the texture in this card.  I’ve been smitten with gold glitter cardstock and seem to include it in all of my projects lately. 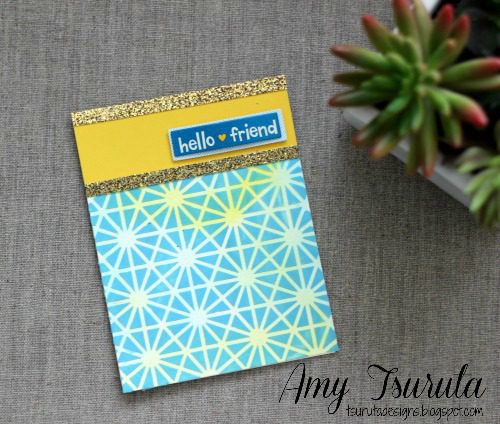 Thanks so much for stopping by!  I hope you have a super week!