Hello everyone!  Today, I’m sharing a card with a patterned glittery band that I created with Premium Double-Sided Tape 1ʺ, glitter and a stencil.  I love how well the pattern shows! 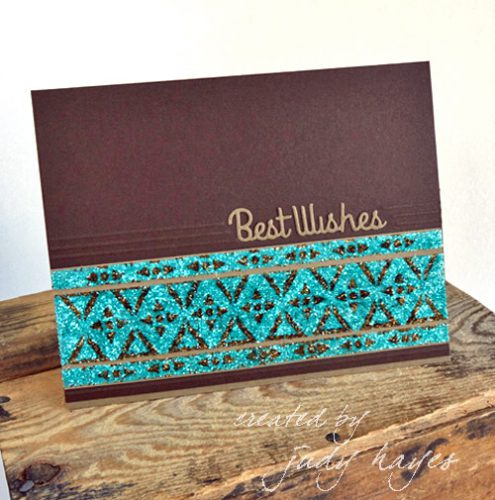 A word of caution if you try this technique. Use a heavy plastic stencil. Avoid any patterns with fine stencil cuts as they may not remove easily from the Premium Double-Sided Tape and could be damaged. I didn’t have any trouble with this stencil by peeling it slowly from the tape.

Remove the backing from Premium Double-Sided Tape 1ʺ and center the stencil over it. I covered it with brown glitter, pressed it into the tape and then removed excess. 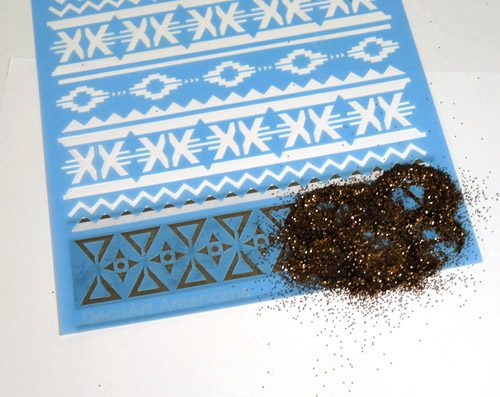 Next I carefully removed the stencil. 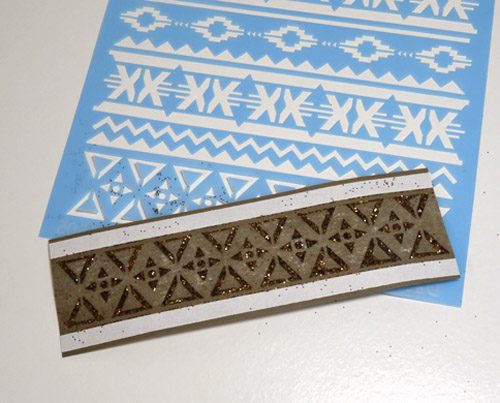 Sprinkle turquoise glitter over it, press it into the tape and remove excess. 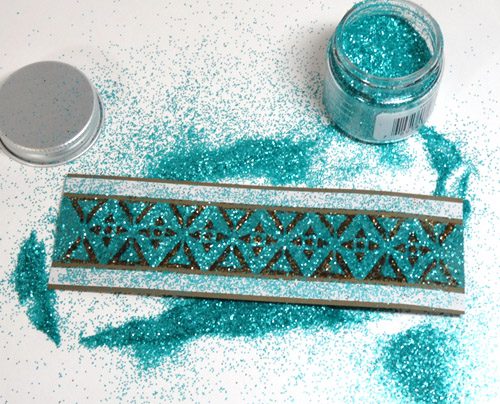 To make the pattern on the narrow tapes, I used the center of the stencil pattern. I used the same glitter process to apply brown glitter through stencil, remove stencil and apply turquoise glitter on each tape strip. 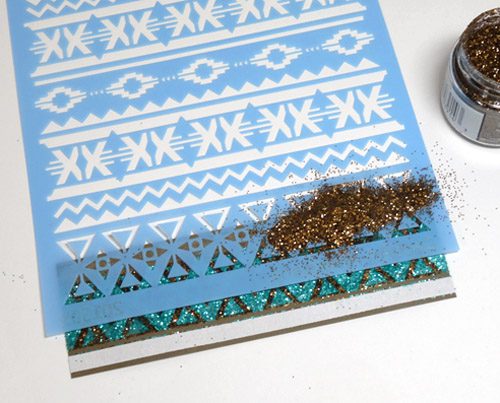 My card is 4¼ x 5½ʺ. I made a score line along the bottom edge on the inside of the card. I fastened a narrow strip of sage cardstock along lower edge with E-Z Dots® Permanent Refillable Dispenser.

Then I fastened the glitter band with E-Z Dots® Permanent Refillable Dispenser.

I applied Premium Double-Sided Tape 1ʺ to back of sage cardstock. I die cut the greeting, removed the tape backing and fastened it to the card.

Add 3 score lines on each side of the greeting. These were scored from inside of card to make ridges on card front.

I hope I’ve inspired you today!  Thanks for visiting!
Judy