Hey paper crafting friends! It’s Tracy here, and today I have a fun little card tutorial to share using 3D Foam Squares and foil from the 3D Foam Creative Embellishment Kit. I love to use products that you probably craft each and every day with, but in a slightly different way. Here are all of the details. 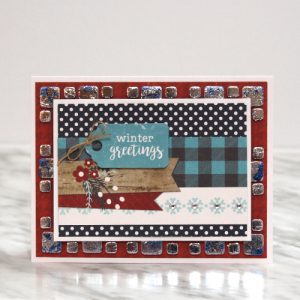 How to use Foil as an Embellishment 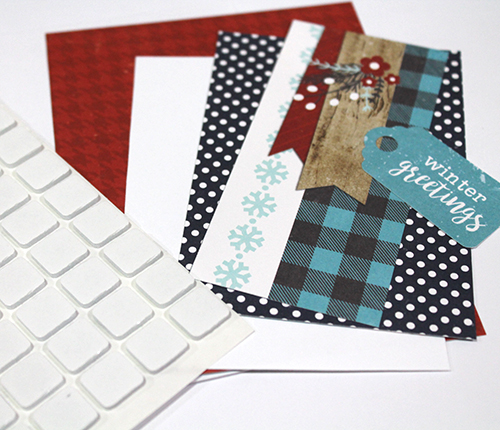 Using the 3D Foam Squares- Mix Pack, I created a pattern around the edge of the red patterned paper. 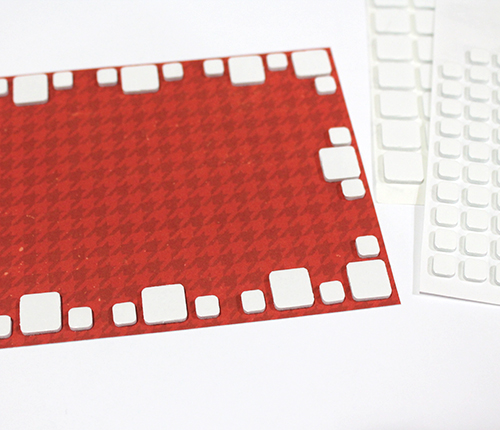 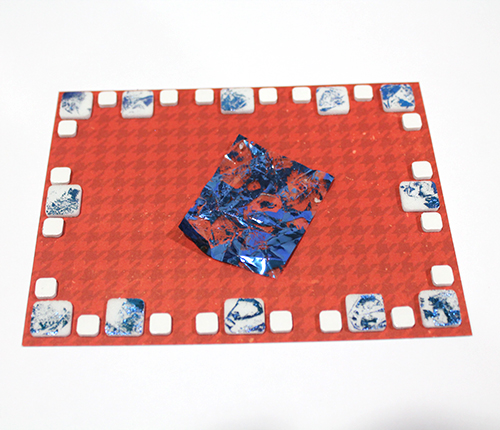 Using a piece of the silver foil from the 3D Creative Embellishment Kit, I covered the remaining adhesive on the large 3D Foam Squares, completing the 2-toned marbling effect. 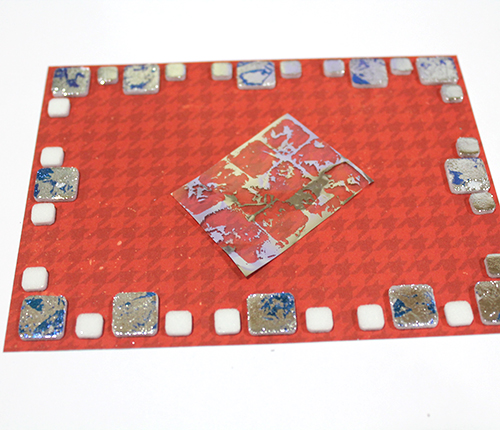 Then I removed the liners from the small 3D Foam Squares and covered those  in silver foil. 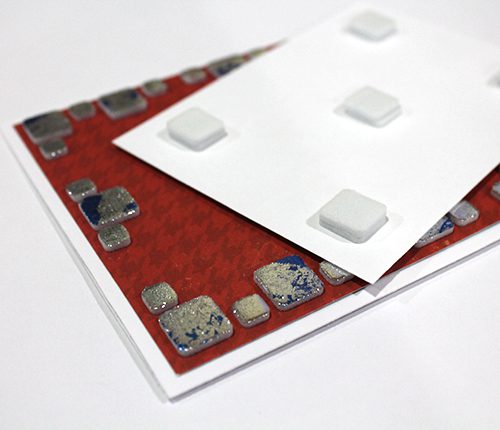 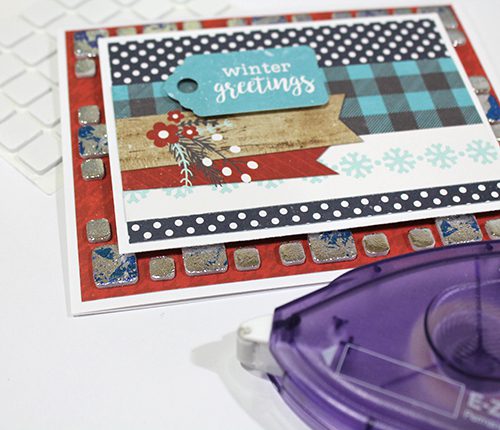 Lastly, I added a burlap string bow to the tag and a few gems to the snowflake patterned paper. 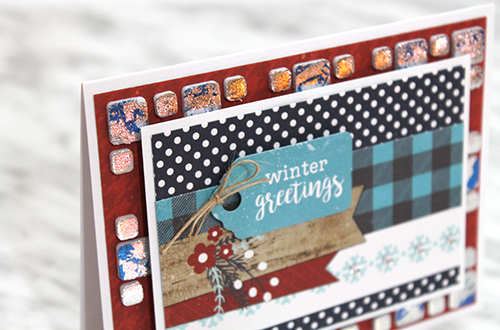 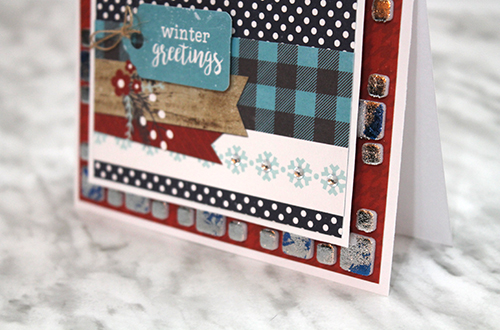 Thanks so much for stopping by!
Tracy McLennon

One Response to "Holiday Card Created with 3D Foam and Foil"